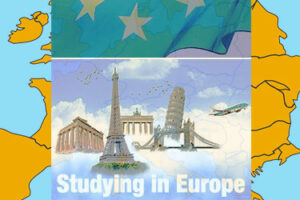 With the high points required by Ireland’s CAO system, many students have chosen to pursue third level education in Europe. It is a trend that has grown in the past decade and for some of those students who may not have the points they require for their desired CAO course it has proven a valuable option.

It is possible for students to study degrees in a wide range of subjects, including; Arts & Humanities, Science, Engineering, Business and Computers & IT, all studied through English. It is also of benefit that students who qualify for the maintenance grant in Ireland can also claim this grant if they are enrolled in public programmes in Europe (more details available on www.suzi.ie).

Some of the benefits of studying in Europe:

Applications remain open into the Summer months for a large amount of courses, mainly in universities of applied sciences and private universities, as well as some research universities. Students should still contact universities even if the deadline has passed, as some will consider late applications.

Eunicas is an independent application support service for students are applying to study abroad. Details of over 900 English taught, third-level courses in Europe are listed on their website www.eunicas.ie.

Websites such as the European Youth Portal & www.worldwide.edu also offer useful resources for anyone considering Europe as a third level option.

There are plenty of alternatives to the traditional CAO route available and studying in Europe offers the opportunity to experience new cultures and gain valuable life experience. So if you’re feeling adventurous then why not find out more about the wide range of third level courses available in Europe.