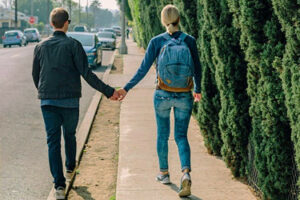 The Minister of State for Higher Education, Mary Mitchell O’Connor, TD, has launched a research report on sexual consent among third level students carried out by the NUI Galway SMART Consent research team in collaboration with their partners at four colleges.

The Minister said ‘All institutions have a duty of care to their students and I am delighted to see many of them integrate and support these empowerment and preventative initiatives, such as mandatory consent workshops. As Minister it falls to me to ensure that providing excellence in education depends also on providing a safe learning environment, free from sexual harassment, assault and the fear or threat of it. Therefore I welcome Dr.Pádraig MacNeela’s report. It is a timely piece of research given that the National Council on Curriculum and Assessment is carrying out a major review of the relationships and sexuality curriculum.”

The report authors will disseminate their findings, Dr Pádraig MacNeela, who leads the SMART Consent initiative, Dr Siobhán O’Higgins, and Kate Dawson, Child & Youth Research PhD candidate, all from the School of Psychology, alongside Dr Charlotte McIvor and students from the O’Donoghue Centre for Drama, Theatre & Performance who will preview one of the Consent=OMFG consent films.

The report builds on a programme of research since 2013 that has explored the meaning of consent among college students, tested the effectiveness of the SMART Consent workshop, and surveyed students on sexual consent behaviours and attitudes (see www.nuigalway.ie/smartconsent )

The surveys included in the report shed light on important consent-related issues, including:

Dr Siobhán O’Higgins said: “the SMART Consent workshop is strongly associated with students feeling knowledgeable and skilled about sexual consent. The discussion and peer engagement strategies we use mean it is a workshop, not a class. We encourage students to find their own positive approach to consent, but also know that a full response to this issue involves action outside workshops too, to change the culture in college and society”.

At the launch, Dr Charlotte McIvor will preview one of the 4 short interactive consent films she has developed with her theatre students for a new multimedia campaign that will help address this culture change. The film series was collaboratively written and researched by NUI Galway Drama and Theatre Studies students led by Dr. McIvor. Each interactive film gives the viewer control over characters’ decisions at key points, leading to three possible endings to each film. The four films (co-directed by McIvor and Mick Ruane) portray sexual encounters from heterosexual and LGBTQ perspectives, as well as long-term and casual sexual relationships. Dr. McIvor offers: “We wanted to use film to capture the complexity of how consent is negotiated between partners and portray just how many decision points there are actually are within any given sexual encounter.”

The first film, “Tom and Julie,” can be viewed via this link: www.nuigalway.ie/consent=omfg/. The other three films will be made available publicly on the NUI Galway website and YouTube by staggered release in autumn 2018 as part of the Consent=OMFG campaign.

The research in the report has been supported by the NUI Galway Student Project Fund, and the PhD in Child & Youth Research.

To read the full report on SMART Consent, visit: www.nuigalway.ie/smartconsent