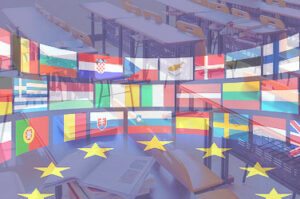 It was recently announced that there is to be a 25% increase in the number of Foreign Language Assistants in Post Primary Schools. The role of these assistants is to enhance and support the teaching and learning of Spanish, German, French and Italian in the classroom. The announcement included the commitment by the government to double the existing number of Foreign Language Assistants by 2026.

The role of a Foreign Language Assistant is to support foreign language teachers by promoting a communicative approach to the teaching of the language. The scheme is reciprocal, also allowing Irish students or qualified teachers to act as English language Assistants to spend time teaching in other countries.

The fluency and authenticity of the Assistants as native speakers should enable them to:

The Foreign Language Assistants scheme currently allows post-primary schools to apply to host a native speaker of French, German, Spanish or Italian from 1 October to 31 May each year. The scheme is designed to assist students enrolled in participating schools to appreciate a foreign language as a living language and not just a ‘school language’.  Assistants are assigned to schools generally from 1st October to 31st May, and are paid a monthly allowance. They are normally timetabled for 12 hours per week over four days.

The number of Assistants in schools during the 2017/18 school year was 110 and this will increase to approximately 140 for the coming school year, covering the same number of schools.

The Foreign Languages Strategy sets out a roadmap to put Ireland in the top ten countries in Europe for the teaching and learning of foreign languages, through 100 actions targeted at improving efficiency, diversity and immersion. A Foreign Languages Advisory Group (FLAG) has been established to oversee and drive implementation of the strategy, including increasing awareness of the benefits of language learning. Other areas where progress is being made under the strategy include:

Further details regarding the Foreign Language Assistant Scheme are available on the Department of Education and Skills website: