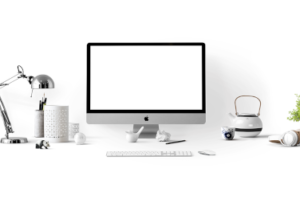 Many of us take our computer skills for granted; we surf the internet, send emails, use computer software and use hardware for printing and scanning on a regular basis. However, there are some people that don’t yet have these skills and basic computer courses can be an ideal first step for those in this position.

On a recent popular radio chat show, many older guests admitted to their difficult and often comical relationship with computers. One mother, in her 50s, admitted that her first email involved typing it up, printing it and posting it in an envelope. It even had the ‘To’ and ‘From’ email addresses visibly displayed at the top of the page. Another person described their frustration at the mouse pointer not moving on screen despite their increasingly exaggerated gestures with the mouse to get it going, unfortunately they were holding the mouse in the air instead of on the mouse-pad.

According to Google and Age Action Ireland, young people should try to get their parents & grandparents using the Internet. It is often the case that older people know how to email but do not use other services the Internet offers such as: online banking, photo sharing or social networking. Email and social networks such as Facebook can be an ideal way for parents to keep in contact with their loved ones who may live in different parts of the country or overseas.

If you are an absolute beginner; you are not alone! The good news is that there are many courses to get you started in the world of computers. You will learn everything you need to know. From working that computer mouse to accessing and watching that ‘missed episode’ of Fair City via the RTE Player. Beginner courses should cover basic topics like: how to control your computer once it is on, moving and restoring windows and word-processing (Microsoft Word helps you to create letters and documents). Some beginner courses also cover Microsoft Excel and PowerPoint.

If you are looking for a beginners computer course that is more comprehensive, you might consider learning Microsoft Office with Pitman Training. Microsoft Office is the most widely used software suite in business and office environments. It is essential if you want to keep up to date with the skills demanded by many employers.

After completing a basic computer course, you will be as comfortable holding a computer mouse as holding a pen. Writing an email will be as normal (and less troublesome) than writing a letter. You will become computer literate. I am afraid to say if you don’t like computers, you might just have to rethink that relationship. This is because computers are now considered a basic tool to daily living.

It is in your best interests to become computer literate. If you are seeking employment – many employers presume computer literacy is a given. Computer literacy does not mean you need to know how to use every single piece of software you may encounter. It does not mean you need to know how to write programs or network computers. You just need to know some basics. These include how to save and open a file, using a word processor (like Microsoft Word) and how to send and receive email. It means having some sort of level of comfort around computers rather than a look of fear.

A basic computer course will help you begin your new relationship with computers. Remember, the best way to overcome a fear is to face it!