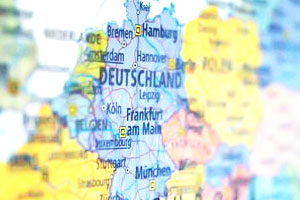 Sprechen Sie Deutsch? If not, you may want to consider learning German. Germany is the world’s second biggest exporter, fifth largest economy in the world, and the largest in Europe. In short, jobs prospects for German speakers are very good. But that doesn’t mean you have to pack up and head to Hamburg, there are plenty of jobs in Ireland that call for knowledge of German.

It’s much easier to do business with and help people when you both speak the same language. Knowing German can be a significant competitive advantage in fields such as business, technology, research, media, teaching, tourism and international affairs. In the Irish workplace there is demand for German in all these areas and in particular teaching, translation and computer services such as web design and call-centre help desks and tech support. Any Irish companies wanting to sell in the German market will most definitely be looking for German speakers, and German is more important now than ever in the Irish financial services, accountancy, and banking industries.

Job prospects are one reason to learn German, but the other benefits are just as important, if not more so in the long run.  Learning a language stimulates the mind and has been shown to improve memory and cognitive skills. But it also connects people in a social and cultural way. Learning German makes travelling in German-speaking countries much easier and pleasant. By speaking German you are more likely to be treated better because the locals see that you’ve made an effort to learn their language.

This makes a difference in the way you see the world and other people. Of course knowledge of a foreign language is not guaranteed to end with a night at the pub with the native speakers of the language, but language study helps to understand people in a different country. On top of that it’s just more fun to vacation somewhere when you know the language. This connection and understanding also occurs culturally, and Germans have made massive contributions to art and science, for example, Gutenberg’s printing press, Beethoven’s music, and Einstein’s physics.

So how to learn German? There are many part-time or evening courses offering German language courses. A language school like Sandford Languages Institute is a good place to start. They offer courses at beginner, intermediate, and advanced level German courses. Beginners’ classes offer an introduction to the language with a focus on both written and conversational ability. Common content includes pronunciation exercises, addressing objects, addressing others, and learning to speak in simple sentences. Intermediate classes focus on language structures, functions, and different ways of expressing ideas. Advanced focus on complex forms and more advanced vocabulary.

The benefits of learning German are immense not only professionally but for the opportunity to connect with people personally. To search for German courses simply view the following link – https://www.findacourse.ie/courses/german/