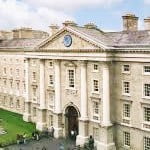 Trinity College Dublin is set to try out a new scheme in which 25 of its places will be offered to second level graduates via an alternative system. This alternative selection process, which will be put into action in September 2014, applies to three courses; Law (10 places), History (10 places) and Ancient and Medieval History and Culture (5 places) and is the college’s first step towards a broader and more holistic selection process.

The new scheme means that Trinity will consider three areas; the student’s Leaving Certificate results, how these results compared to other students in their school and the student’s personal information; such as statements from a teacher or guidance counsellor. Applicants will also have to fill out a form of personal information which will require them to state why they are applying and to complete an academic essay. Each of the three areas are to be considered equally and there will be no interviews.

The dean of undergraduate studies in Trinity, Dr. Patrick Geoghegan said that the scheme would hopefully allow the college to match “the right students to the right courses” and that it would open doors to hardworking students in disadvantaged schools. It is hoped that the scheme will be approved by November with details being  released early next year. As the scheme will be trialled in 2014, this year’s Leaving Certificate students will not be affected but the current 5th years will be.

Mr. Geoghegan said that the idea had been talked about in an international conference Trinity held earlier in the year and that the scheme was a move towards international models of college admissions. UCD already has a similar system in place called New ERA, where students from disadvantaged schools are offered a select number of places on high points courses by reducing the points requirement.

The procedure for applying to one of the selected courses in Trinity will be as follows: students will fill out their CAO form in the usual way and this needs to be done by Feb 1st so as to be considered for the new scheme, any entries after this will not be counted. When students enter the course codes ( TR004 Law, TR008 History, TR028 Ancient and Medieval History and Culture) they will be given the choice to opt in or out of the new scheme and if they opt in they will be required to fill out an application form which can be completed anytime up until March 1st.  Applicants will also be entered into the traditional CAO system and will be notified in the usual way as to whether or not their application has been successful.

It is worth noting that these 25 places are not extra and so there will be a reduced number of places available through the traditional CAO system for these courses; meaning that there may be higher demand for the existing places which would raise point requirements. However, considering applicants in a more holistic way that takes into account more than just the points they achieve in their Leaving Certificate is a great step towards more inclusive third level education and a system that will help people in courses that suit them.