The Junior Cert – The State Exam Where Fairness Prevails 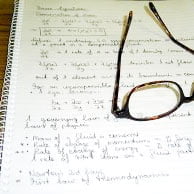 This year 58,798 thousand candidates received Junior Cert results. This is an increase of over 3% on last year. There was a time, not too long ago, when the Junior Cert was the first and last state exam for some students; destined for direct employment or apprenticeships. With many apprentices left today unemployed or unable to finish their apprenticeship programme (due to the lack of employers to take them on for the job phase of their apprenticeship and the collapse of the construction industry); it is little wonder that more and more young men especially, are choosing to remain on in school after the Junior Certificate. This not only gives rise to the numbers sitting the Junior Certificate and their subsequent Leaving Certificate – it also contributes to an increase in the actual level of grades achieved. Education is taking on a new found importance with a certain cohort of students who once just saw it as a finishing line to leaving their secondary education. According to the report ‘Monitoring Ireland’s Skills Supply 2012’ (in relation to students competing the leaving certificate): the retention rate in schools rose from 84.8% (2000 cohort) to 87.7% (2004 cohort – exiting in 2009 or 2010).

The Junior Cert Exam gives students their first experience of the state exams process and is invaluable in guiding them as they prepare for Senior Cycle and their Leaving Cert. A quick glance of a master copy of the results in any given school will have one striking characteristic, the grades seem more similar across the board and there is more an equal sharing of A’s B’s and C’s amongst students. This makes the Junior Certificate one of the fairest exams which helps young people to learn about setting and reaching educational goals in their lives. It also takes a valuable snapshot of a student’s aptitude for teachers and parents in planning for learning needs, the Leaving Cert and beyond. In fact it is in comparison to the Junior Cert that it becomes questionable how fair the Leaving certificate is as a state exam as there are such extreme contrasting grades and results between different types of schools in different socio-economic areas. This is not the case with the Junior Cert Exam results.

There are calls to reform the Junior Cert and whilst change is always welcome, unions are favouring reform that maintains the fairness of this state exam for all students regardless of family background, socio-economic status and other factors. The president of the ASTI made the valuable point: ‘It would be folly to subject the Junior Cert exam to a cost-saving exercise which would lower its status and reputation and increase social inequities. This would cause irreparable damage to young peoples’ experience of the exams system.’

Every year grades across 26 different subjects are revealed with maths and science again the ones under the spotlight, as they were during last month’s Leaving Certificate results. It was a welcome sign for those trying to promote more students to take the honours paper to see that 48% in total opted to sit the higher Maths paper. According to the president of Teachers Union of Ireland (TUI), while there have been many debates on the significance of promoting math and science in today’s education system, modern languages are still very important in terms of fulfilling the country’s economic demands. To him, the relatively reduced numbers of language graduates being produced is somehow alarming. Therefore, something needs to be amended on the current learning system – which could be addressed in the junior cert phase in secondary schools.