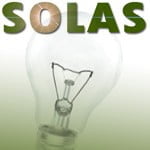 The Minister for Education, Ruairí Quinn has announced that he is appointing Pat Delaney as the chairperson of SOLAS; the new state authority for further education and training that is replacing FÁS. Mr. Delaney is well known amongst private sector employers and is a former member of the employer’s organisation IBEC and director of the Small Firms Association. His appointment as chairperson of SOLAS will be confirmed by the approval of the Oireachtas Joint Committee on Education and Social protection. Mr. Delaney will not receive a fee for this position but will be allowed to claim travel and subsistence.

SOLAS is expected to be up and running within the next few weeks and will take over the role of FÁS; co-ordinating and funding a wide range of further education and training programmes around the country. It’s aim is to ensure the provision of high quality further education available to learners and jobseekers by working closely with the newly established ETBs.

SOLAS will have an important task ahead of them, at a time when there is a great need to improve further education and boost employment. With FÁS holding a reputation for being costly and ineffective in terms of reducing unemployment levels, all eyes will be on the newly formed SOLAS and Mr. Delaney over the next few months in anticipation of a change for the better.