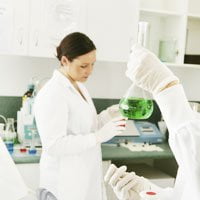 ESOF, often called the Olympics of Science, is the largest and most prestigious European general science meeting and is held in a leading European city every two years. The ESOF 2012 general science conference is the centrepiece of the activities that mark Dublin as the City of Science for 2012.

During the opening ceremony of ESOF, Minister Bruton said: ‘as a country we have a long history of scientific achievement, and in the past decade we have built upon that heritage with dramatic improvements in publicly-funded scientific research.  In 2003 Ireland was ranked 36th in the world for quality of scientific research output; in 2010 we were 20th. In 2000 our total spend on publicly-funded R&D was €290million; in 2010 it was over €800 million.’

As the government continues to seek realistic and prolific ways for Ireland to grow itself out of difficulties; they are looking at Ireland’s strengths in the area of science and research as key assets. It will be through their Action Plan for Jobs that the Government will implement a series of changes to ensure that research is properly commercialised so that they can turn good ideas into good jobs.

o      The approval of legislation to extend the remit of Science Foundation Ireland (SFI) to include applied research.

o      The implementation of research prioritisation to ensure that publicly-funded research is aimed at areas with the greatest potential for commercialisation and job-creation.

o      The establishment of a one-stop-shop for businesses seeking to commercialise intellectual property deriving from publicly-funded research.

o      The establishment of a network of industry-led technology centres to encourage industry and academia to work together to develop and commercialise research ideas.

The government views science as being very much a core part of employment creation and retention. Events such as ESOF, has the potential to capture the publics’ imagination and encourage students to take up science-based careers as it is a showcase of world-class scientific endeavour. To celebrate the honour of hosting this prestigious international science event, the year-long Dublin City of Science Festival programme was developed. City of Science will involve 160 events and activities in Dublin and across the country which includes art exhibitions, theatre pieces, film festivals, treasure hunts, science buskers, interactive installations, experiments, public talks and workshops.

The strategy document Building Ireland’s Smart Economy: A Framework for Sustainable Economic Renewal recognises that science-based technology forms one of the cornerstones of the economy and that utilising the knowledge, skills and creativity of people is central to developing innovation and ideas. However, commentators in the industry and in education would have concerns over the standards attained in science and maths. The main problem cited is the low number of students studying maths and science at a higher level in second and third level education.

Concerns exist that relatively low student numbers in these subject areas will have a detrimental impact on efforts to attract research and development (R&D) and build a knowledge economy.

However, in terms of comparative International assessments, Ireland’s score in science was higher than the OECD average and similar to the OECD average for maths. Analysis shows that while lower achievers in maths and science in Ireland do well compared to other countries, there is vast room for improvement among the higher achievers.

A review of international best practice and expert recommendations has identified ways to increase participation levels in higher level examinations in maths and science. These include enhancing the skills of teachers, changing teaching methods, giving maths and science greater emphasis in the curriculum, and incentivising students to take up these subjects at second and third level. In particular, enhancing the skills and capacity of teachers is a key driver for enhancing performance. Some commentators argue that if high achievers in maths and science remain in education, this would create a virtuous circle in which high quality teachers will be able to provide enthusiasm and greater understanding to students who, in turn, will become high achievers with some also entering the teaching profession. There is a substantial amount of highly-skilled science and maths graduates choosing non-teaching careers – mainly for financial reasons; an issue the government might have to reflect on in the near future.

There are many ways to increase participation levels in higher level examinations in maths and science as identified by the Government’s Social Science and Politics Research Team. These include: giving maths and science greater emphasis in the curriculum; incentivising students to take up these subjects at second and third level; and, more particularly, changing teaching methods and enhancing the skills of teachers.

Yes, Ireland continues to rise up the international rankings in terms of the quality of our research and the current Government continues to demonstrate its’ committed to continuing investment in science, technology and innovation. Dublin, as the City of Science will be a great opportunity for Ireland to show the global scientific and business community that Ireland is a centre of scientific excellence. It will also go a long way in promoting this fulfilling and inspiring career area to our future graduates, who are essentially the key players in the government’s economic recovery plans, especially as potential future science graduates.