Rise in Demand for Business Courses 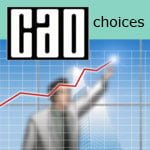 CAO application figures show that there has been a rise in the demand for third-level courses in business and commerce this year, with first preference applications up by 6.5%. The largest rise in student demand has been in agriculture and food courses, with an increase of 10%. Courses that have proved less popular for 2013 are dentistry, veterinary, primary school teaching and pharmacy; which showed a decrease in demand of 17% (this year’s biggest change). The total number of applicants to the CAO for 2013 was 76,120, down slightly from last year’s figure of 76,307.

The overall analysis of the 17 course groupings classified by the CAO show only small changes in application results compared to 2012 meaning that the points requirements should only vary slightly for most of the CAO offers on August 19th.  The number of students that have applied for honours degree courses is up by only 77  compared to last year, which will help to moderate the points also. The number of students seeking places in ordinary degree or higher certificate courses is down by 613.

The large numbers applying for places on the science and mainstream arts courses has shown only small changes in numbers since last year, with arts courses attracting the single largest number of applicants at 17,000. Science has seen a steady rise in demand year after year and this year’s figures show that applications reached 9,500. Demand for engineering and technology courses rose by 3.5% compared to last year and demand for commerce and finance has risen this year by 6.5% with approximately 11,000 applicants.

Dentistry fell by 7%, veterinary by 6%, physiotherapy by 4% and nursing by 2% compared to 2012. There was also a 2.5% drop in student demand for law. It is not a huge surprise that courses related to construction had only 195 students expressing a first preference. Applications for primary school teaching were down by 7.5%, a key factor of this decrease is most likely the difficulty teachers have in getting full-time jobs once fully qualified.

The results from the first choice applications gives a good indication of future trends. Colleges and universities assess these first choice results and use them to plan the number of places they can offer in their courses. Diarmuid Hearty, the President of Griffith College, has said that students are choosing courses that will provide jobs, such as agriculture, finance and IT. He said it was important for students to remember that they shouldn’t be making a decision based on the state of affairs in the country now and that students should be thinking long term, four or five years down the line, when they will be qualified and looking for work.

This article was first published in July 2013