Number of CAO Courses to be Cut 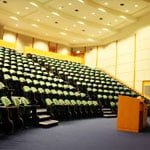 Major reforms to the CAO are to be introduced in an attempt to improve the Leaving Certificate and take away some of the pressure of the points race. The first of these changes, proposed by the Irish Universities Association, is the plan to reduce the number of CAO courses to which students can apply. The aim is not to reduce choice, but to allow students to enter college through broader courses before specialising in a specific area. This change, which will take effect in 2017, means that students will put off specialisation until second year of their college course.

The argument is that there are too many specialised courses now for students to choose from. There is currently a massive 1,400 CAO courses compared to 385 in 1991, with a particular increase in honours degree courses, going from 387 courses in 2000 to 950 this year. This growth in specialised courses with limited places has meant that the points requirements have gone up, making it difficult for students to gain a place. Some colleges tend to use these specialised courses as a selling point but students can often find that they are in the same lectures as those who are in more general courses that required lower points. The intention is that by cutting the amount of courses on the CAO list, pressure will be taken off second level students and the quality of teaching will be improved.

Education Minister, Ruairi Quinn, also plans on reducing the marking system from the current 14 specific grades (such as A1, B3, C2 etc), in an attempt to lessen the pressure on students to get the extra five points that define one grade from the other and allow the student to gain advantage. This type of grading has led to pressure on teachers to ‘teach to the test’ instead of allowing for a more generalised and diverse learning experience. The third proposed change is to make the move away from predictability in the Leaving Cert, as currently, students tend to study topics that they are sure will come up due to trends based on past exam papers, again this focuses on exam based learning rather than a deeper and broader education.

These changes will be the first ever to take effect on the CAO system which was founded in 1976. Many have criticised it for limiting people’s access to third level education due to its points based supply and demand system, meaning that each year, many students are forced to repeat their Leaving Certificates in an attempt to get a place on a course. There have also been criticisms that the CAO system is designed around full-time, school leaver entrants rather than taking into account the wider range of students.

However, there are other ways of pursuing further education outside of the CAO system. FÁS is a government body which promotes training and education for everyone; with apprenticeship schemes and community and specialist training programmes. Post leaving certificate courses (PLC) are another popular option for those looking beyond the CAO. They provide a FETAC qualification which is internationally recognised and the courses are usually one to two years in duration. Entry is not based on a points system but a pass in the Leaving Certificate is required. PLC courses offer a wide range of training experiences; everything from qualifications in childcare to business studies are available and there are over 1000 courses available. Some PLC courses such as nursing and engineering, can help you progress to a degree.

Private colleges, such as Griffith College, are another option. They work outside the CAO points system and courses can be applied for directly through the college itself. It is worth bearing in mind, however, that these colleges do require payment of a fee to attend which can range between five and seven thousand a year. There is also the choice of doing an online course, of which there are many to choose from. This requires self-motivation and can be a convenient way to learn without having to go to a college and have face to face lectures. If you would like to attend a university and you are over 23, you can apply as a mature student as many universities reserve a number of spaces each year for mature students. Entry is not based on points but often on your CV, an interview and sometimes, an aptitude test.

It is to be hoped that the new CAO changes will be a progressive step towards a more accurate and stress free transition from second to third level education. In the meantime, as described above, there are other avenues available. So for any students finding themselves short of points for their chosen courses, perhaps these may be the way to go until the CAO implements a more accommodating system for second level graduates.