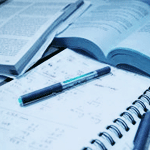 This move means that each grade will have a range of ten percentage points rather than the current 5 percentage that can make the difference between CAO points. The old alphabetical grades A-F and the NG for No Grade will be replaced by H1 to H8 at higher level and O1 to O8 at ordinary level.

Mr. Quinn said that work on the grades system is still being finalised but that it will most likely be the grading system for students starting fifth year in 2015. The next task is to convert the new grading system into CAO points and work on this is currently underway.

As well as reforming the grading system, Mr. Quinn’s ‘progress report’ published this week, also looks to address two other areas: a commitment to offer broader entry routes into third level education and the problem of predictability in the Leaving Certificate.  Student representatives and agencies involved in second and third level education have been working on different aspects of the reform plans and colleges are also involved by reducing the vast array of confusing courses available through the CAO.

Universities have promised to reduce the number of courses available in 2015 to the same amount available in 2011. There will then be a further reduction in 2017. IT’s are reviewing their courses with an aim to having an increase in common entry level programmes and a reduction in choice. The aim is to have more of a focus on more general entry routes to college with students specialising later when they have a better idea of what they want to do. Colleges are also looking at matters such as student selection, supplementary assessments and minimum subject requirements.

The predictability of the Leaving Certificate exams is being addressed due to concerns that teachers and pupils are guessing what will come up in exam papers due to patterns and trends from previous years. The group that is working on this issue has found that this is not a major issue, however, some problems have been identified and are being included as part of the reform process.

When publishing the interim report of the Transition Reform Group, M. Quinn said that he was satisfied at the progress being made and said it was the first time concerns around the Leaving Certificate were being addressed in both second and third level. The plan is to finalise all elements of the reform, the scope and timetable before the end of the year.