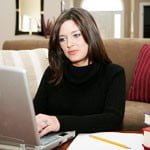 When Trinity College announced earlier this year that it was teaming up with other international colleges to provide MOOC courses, it seemed to consolidate the growing belief that this was the way forward in providing educational opportunities to everyone. However, there has been growing opinion that these Massive Open Online Courses are generally, not as effective as they had set out to be.

First set up around 2008 in the US, MOOCs have spread to institutions all around the world and have been hailed as the open door to education for the masses; giving people the opportunity to study in highly regarded colleges and universities without any entry requirements or fees. However, while there have been many praising this new educational system (the New York Times declared 2012 “the year of the MOOC”), not everyone has been in favour of these courses. The education sector have been very divided on the subject, with many predicting its failure. It seems now that those critics could be right.

One of the problems with MOOCs being free (although some courses now require a fee) is that it allows people to sign up for a course with no obligation to take part. In a recent article in the Atlanta, a student who had completed a MOOC said that two-thirds of those who had enrolled in the same course never turned up and as a result the marking system for the exam wasn’t fair.

Even though MOOCs have been cited as a way to allow everyone to learn regardless of educational experience or financial situation, according to research carried out by the University of Pennsylvania; the majority of people taking MOOCs already have a degree and so MOOCs are not tackling those people they set out to reach.

In a recent interview with Sebastian Thrun, the man who invented MOOCs, he admitted that he was not happy with they have developed and felt that they didn’t educate people how he had hoped they would. He branding MOOCs a “lousy product” and announcing his move away from them towards corporate training. So if the creator of MOOCs doesn’t believe in them, is there much hope?

It was once feared that MOOCs would ruin higher education and lead to the closure of struggling colleges and universities, however, after a short burst of success, it seems that MOOCs may already be on their way out.