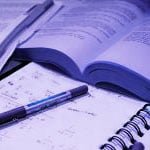 The points system to date has worked particularly well for students blessed with great memory, an aptitude for revision and study with the ability to draw deep on their memory banks to withdraw the right information on exam day. Private grinds and extra-curricular tuition to fine tune learning skills are the ultimate in exam and revision technique for those who are able to afford them. These elements leave fairness a debatable point. However, irrespective of the student, performance pressure is on all Leaving Certificate students.

The Department of Education and five other bodies including the, Higher Education Authority (HEA),and the Irish Universities Association (IUA) are collaborating.

This first ever modification of the CAO system is focussed on improving teaching and learning quality to reduce the pressure and stress for Leaving Certificate students who currently are involved in a race to chase college places on highly contested third level courses. There is a series of cross-agency measures and work is being finalised to reform the process for the year of 2016 Leaving Certificate students.

Three priority areas have been identified for reform:

Concerns were raised about the significant increase in the number of CAO courses introduced over recent years. Changes now mooted are set to reduce the numbers of multiple courses of the same subject, this will prevent students from over-specialising in branch areas of a main subject too early in their studies. The belief is that when students have the option to specialise at an early stage, they become uncertain and the bottle necks for the main subject degrees with limited places leads to the situation where unnecessarily high points are required for these over subscribed courses.

Some courses will not be included in the changes and these include such programmes as medicine. However, consideration is being given as to whether the courses in the healthcare professional arena and others of this type should be open only to graduates.

Technology Institutes have also committed to review Level 8 programmes to ensure there is a mixed portfolio of courses with denominated and generic entry.

Changes to Leaving Cert grading will see a reduction from 14 bands. Ireland currently has the most grading bands from all nations for examinations of similar type. The present points system was first introduced in 1992 as universities were concerned at the increased use of random selection for college students on similar or equal points.

While the intention was good to have more differentiation between applicants, the system bears blame for the extremes of pressure put upon students to push them to achieve maximum points, often seeing the course of their choice slip away as the popularity of the course increased the entry criteria. Anyone who has seen the devastation of a student missing his or her first choice course for the sake of a few points will welcome the reform. The pressure on teaching staff and students has meant the traditional curriculum relies on teaching students to pass exams and learning information by rote rather than promoting the ability to think critically and achieve deep-seated learning.

Teaching staff and students alike second-guess the examinations trying to predict what topics will come up in the Leaving Certificate examination for a given year. The teaching is then focussed on topics that have not featured for a few years. It is a gamble that often pays off but also has left students adrift when the examiners have not been predictable as forecast. Removing this element from examinations will lead to a broader based knowledge and the necessity to learn all of the modules in the subject area.

The reforms have been welcomed by Irish Business groups and IBEC said if the new reforms were properly implemented it would improve teaching, shift the emphasis away from old fashioned rote learning and assist students in making better and well-informed choices when it comes to choosing a college course.