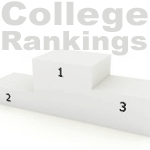 Students currently navigating their way through the vast array of third level options will be glad to know that a new online tool has been devised to help them through the process. After almost eight years of design and planning, the U-Multirank, was launched recently by the European Commission and will allow students and parents to compare the strengths and weaknesses of over 850 colleges and universities worldwide.

Sponsored by the EU, U-Multirank aims to overcome commercial rankings, which have been heavily criticised for producing selective information that in many cases has been doctored. Through this new ranking system the power will return to the students and allow them to make choices on the basis of what matters.

Ellen Hazelhorn, director of research at DIT, says that many rankings are misleading to students and that this new system will provide more useful information that will assist students in their choices. Although other evaluation tools have been introduced in recent years, the U-Multirank differs in that it allows for comparisons across areas of expertise and across borders.

The U-Multirank works by judging the institutions in 30 criteria with grades ranging from A (excellent) to E (poor). Data was taken from existing sources and combined with results from a further survey of the institutions that agreed to be a part of this first phase of the scheme.

Many universities around the world chose not to participate, including UCD and TCD. Four Irish universities (NUI Galway, UCC, DCU and University of Limerick) took part and five ITs (Dublin, Tallaght, Galway-Mayo, Letterkenny and Cork).

The findings of the system produced some interesting results. According to the U-Multirank, many of the ITs have outperformed the country’s universities. Under the categories of citation rate, number of publications, top-cited papers and international joint publications, TCD scored an A in all, UCD received two A’s and two B’s, DCU and A and three C’s and DIT two B’s and one C and D.

Not all of the results from the scheme are positive, however, while DCU scored well in links to industry and business studies among other areas, its lack of an arts department meant that it scored poorly on art related output, receiving only an E. Under the same category, Letterkenny IT, University of Limerick and DIT each received an A, with UCC receiving a B and GMIT a D.

Through the U-Multirank system, European institutes, on average, score better than American one. While this may be due to the system drawing more information from within the EU than anywhere else, the researchers behind the system say that it simply shows the imbalance in commercial rankings. Hazelhorn says that the system could be an important tool to help Europe sell education.