Blog » Education Info » Is the End Near for the Points Race?

Is the End Near for the Points Race? 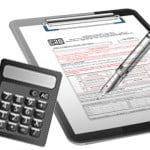 Secondary school teachers continue to feel aggrieved at their exclusion from debates and decisions related to them and their students. This has become clearly apparent in the current plans to restructure the exam and points system. Whilst universities are in the discussion loop, secondary teachers feel left out in the cold.

The common ground seems to be the agreement that something has to be done in an interventional way to dilute the tension that surrounds chasing points for college places. Therefore proposals for changes to the point system are a welcomed idea. However, the contentious issue concerns those who are drafting the changes.

Teachers unions are demanding that they, along with teachers, parents and students be included in drafting these radical proposals. However the proposals to-date are exclusively coming from the Irish Universities Association (IUA) which include measures aimed at alleviating the pressure associated with the annual points race for college courses – measures which could be in place by 2015.

These controversial proposals have already been submitted to Education Minister Ruairi Quinn. The TUI president, Gerard Craughwell said: ‘We welcome certain aspects of it but we think an awful lot more work needs to go into it’. He went out to say how he regretted the exclusion and opinions of parents, the practitioners and the students themselves.

In relation to the bonus points awarded to those who take higher level maths, The TUI continues to highlight the negative effect they had following this year’s maths exams. It is now obvious that the awarding of bonus points did push up the points for certain courses. This could be seen to discriminate against those who cannot take an honours maths paper. It highlights the students who would normally have got onto their choice of course but who have been left with no place on such courses – due to competing with students who had the extra awarded maths points to win a place on that specific course.

Aside from the points debate, the teachers unions recognise that there is a bigger issue at play aside from the points race. They want to look at how students are assessed in the first place and the fact that they are assessed on learning attained or not attained as a result of rote teaching and learning – the reality of the education system currently; rote methods of teaching and learning have to be used when quick memorisation is required where there is a substantial amount of material to cover as part of the curriculum. The points system is therefore rewarding points for essentially chunks of memorised material reproduced in state exams.

Rote teaching and learning is based on memorisation and it discourages exploration and reflection. This is clearly outlined in the report Entry to Higher Education in Ireland in the 21st Century which indicates that whilst HEIs are taking in high points achievers – there is a real question surrounding what learning has actually taken place and the ability to transfer this learning and ability into their course of choice.

Gemma Tuffy of ASTI said: ‘The report from the universities today is just one voice in the debate on the Leaving Cert and entry into higher education.’ It is hoped that this points race debate and existing proposals for changes will be opened up to the other relevant parties so that it will realistically fit into the context of secondary schools and be amenable to both teachers and students. Students and the art of teaching are currently being conditioned by a competitive points; their future course of choice and career is in fact overshadowed by an unfair points system.

The teachers unions recognise that aside from their role to play in formulating a fairer points system; they acknowledge the HEIs are addressing future skills/needs shortages and are addressing these by producing courses and subsequently graduates for these existing and future growth sectors – something that secondary schools need to address also. This would counteract the existing focus on chasing points and divert the attention on addressing the reality of the current jobs market.

Finally, the HEIs make the additional point that because the points system is based on the Leaving Cert, students tend to conflate the Leaving Cert with the points system. This is evident when they are asked about their Leaving Cert results. Instead of stating their results in terms of subjects and grade levels achieved, students will usually respond to the question of ‘How did you get on in the Leaving Certificate?’ with the reply, ‘I got X number of points’. Let’s hope that the new proposals will lead to an improved system of college place allocation and less student stress over points scoring.