Internships under the spot-light 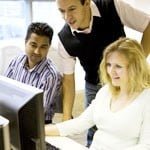 Minister Joan Burton recently announced that another 1,000 places are being added to the Government’s JobBridge Scheme. She also added that ‘the National Internship Scheme has exceeded expectations’ since it went live at the start of July last year. As well as increasing the number of placements, Minister Burton has also stated that people who get a Disability Allowance or a One-Parent Family Payment will now qualify for the scheme for the first time.

JobBridge, the new National Internship Scheme provides work experience opportunities for unemployed people. The scheme started on 1 July 2011 and will stay open until 30 June 2013. Participants in the scheme will be offered an internship of between 6 and 9 months with a host organisation. If they take up an internship they will keep their social welfare payment and will get an extra €50 per week.

It is a scheme which has received wide-spread media attention. It has been and continues to be the hot topic on a number of radio shows, with both internship sceptics and supporters of the scheme, debating the advantages and disadvantages of this relatively new strategy for getting people working again. Some have said: it is a ‘bridge to nowhere’, whilst in contrast, there are those who say it has provided a stepping stone to full time employment. Others have made accusations of high profile companies abusing the scheme to get ‘cheap labour’ with little skill training or future employment on offer for the intern.  Yes, for those seeking internships, it can be disheartening to see some of the internships actually advertised – with some being duties akin to cleaning and housekeeping.  On the other hand, there are credible internships on offer in a variety of sectors from public relations to youth work to graphic design, to name but a few, to help potential interns build up valuable skills in these industries. Public, private and community and voluntary organisations are all involved with the Jobbridge scheme – and are known as ‘host organisations’. Minister Joan Burton did reveal that there are a ‘variety of measures’ in place to ensure the integrity of the scheme and her Department is involved in monitoring the internships. She has commissioned a full independent evaluation of JobBridge.

For those who are unemployed and have either a desire to prove themselves to an employer or to gain new working skills – it is an opportunity to do so within a structured programme. There are currently 5,000 undertaking the internships, and the success of this scheme will become evident when one looks in the future, at how many of the 5000 were retained as employees with a full and fair wage, or went on to another employer as a result of their internship.

In order to qualify for the scheme, you must:
Be Getting Jobseeker’s Benefit (JB) or Jobseeker’s Allowance (JA) or signing on for credits. If you are in receipt of lone parent’s or a disability allowance, you are now eligible also.

Periods spent on the Back to Education Allowance, VTOS, FÁS/Fáilte Ireland training courses, Youth reach, FIT, Community Employment Schemes, Tús, the Rural Social Scheme, Back to Work Scheme, Job Initiative or Job Assist may count towards meeting the eligibility of JobBridge, provided:
– You have completed these programmes
– You have signed back onto the Live Register
– You are getting JA, JB or jobseeker credits immediately before starting on JobBridge

How to apply:
Internships are advertised on jobbridge.ie, Jobs Ireland website and local FÁS offices. If you are a jobseeker who is eligible for the scheme you can check the current internship opportunities on jobbridge.ie. When you have identified an internship, you apply to the host organisation as specified in the advertisement. If the host organisation selects you it will give you an eligibility form to be stamped by your Social Welfare Local Office. Once your eligibility is confirmed, the Social Welfare office returns your completed form to JobBridge for processing.

The unemployment rate in June 2011, when the scheme started, was 14.2%. In March 2012, it was 14.3%. It is obvious that JobBridge, alone, will not be enough to secure employment for those who have widening time gaps between employment, but at least it is one constructive government response and reaction to rising employment figures.
Despite all the negative commentary, the scheme had filled 5,000 internship places, and over 600 previous interns are now in fully time employment. If Joan Burton does put checks into place, this will eliminate existing exploitation of the scheme by host organisations. JobBridge has all the hallmarks of an internship programme with much potential. Hopefully, Joan Burton will look at asking employers to pay a little more than the existing 50 euros that they currently have to pay to their intern.

If you are considering an internship, you are showing the host organisation or any future employer your sense of determination to improve your chances of employment. If your internship doesn’t result in employment; at least you will be left in a better position, skills wise, to secure employment in the future; if not here, in such popular destinations like Canada and Australia.