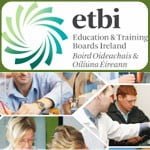 On Tuesday September 17th, the first education congress meeting was held in 80 years. The newly formed Education and Training Boards (ETBs) met to discuss the forthcoming budget and the effects it will have on further education if financial cuts are implemented. The aim of the ETBs is to create a better further education system and to rebuild Ireland’s skill base, yet with the budget looming in October and more cutbacks in education planned; it will be difficult for the boards to deliver on these promises.

Cost reductions in education as high as €100 million have been rumoured, but as of yet, no final figure has been decided on. The general secretary of the ETBs, Michael Moriarty, said that although the Minister for Education has focused on further education and training as a way to rebuild the economy, the boards “cannot be starved of resources.” The meeting mainly dealt with issues regarding professional development of teaching staff and workforce deployment but time was also made to discuss the risk of cuts and their influence on the future of further education.

SOLAS and the ETBs have been running since July and the decision to form them has been the biggest change to the further education system since the 1930’s. 33 Vocational Education Committees (VECs) were halved to make 16 ETBs and these new boards have increased responsibilities. As well as the training functions that had been provided by FÁS, the ETBs are also the patrons for 258 schools, run a selection of colleges, are responsible for delivering training to around 250,000 adults and run night classes. Their already stretched services will be under even more strain if cuts are imposed.

Increasing responsibility and demands while decreasing resources is surely a recipe for failure when trying to revitalise and re-skill the country’s workforce. The board members will no doubt have an anxious wait until the budget cuts are announced and if they are as bad as is feared then they may be left wondering, as the old adage puts it, how to make a silk purse from a sows ear!