Foreign Language Teaching to be Prioritised 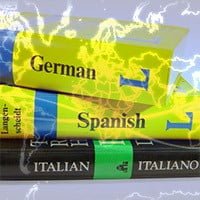 Ireland should benchmark ourselves against the best English-speaking country in the world for foreign languages and aim to emulate that performance within a decade, the Minister for Education and Skills Richard Bruton TD said at the TUI conference in Cork recently.

Minister Bruton also said that we should aim to be within the top ten in Europe in this area. The Minister was speaking ahead of the publication of his Department’s ten year strategy for foreign languages, a key commitment in the Action Plan for Education. The plan acknowledges that in general, Ireland, in common with other English-speaking countries, has not, prioritised learning of foreign languages when compared to other countries, tending to regard English as a common international language of communication.
However in the context of Brexit, the increasing global importance of the non-Western countries, and our diversifying markets for exports, these assumptions will no longer hold true.

The Strategy acknowledges that this will require a very significant change of mind set about language learning. It will also take time, commitment and additional resources. However this area must be a major priority. However it also acknowledges that we have major assets to build on. Teaching of Irish means that, unlike many other countries, children become familiar with bilingualism from age 4 and start to learn second language skills early. We now have strong communities of new Irish people who have brought language skills from hundreds of countries around the world.

Outside of the headline ambitions, other targets to be delivered as part of the Strategy include:

Among the measures contained in the Strategy to deliver on these targets are:

Speaking ahead of his address at the TUI conference, Minister Bruton said:
“The central aim of our Action Plan for Education is to provide the best education and training system in Europe over the next decade. A central part of this is our ability to support our students with the skills to be global citizens, to understand other cultures and societies, as well as the skills to function and thrive in the modern economy. The world is changing rapidly and we must plan through our education system for that changing world. Assumptions that held true even a couple of years ago about the place of English as the international language of communication are no longer solid. In the context of Brexit, the rise of the non-Western powers, the challenges of integrating new communities and our increasingly diversified export strategies, we must change the way we think about language learning in Ireland.”

“Ensuring that we continue to provide high-quality language learning and promoting competence in both of our official languages, Irish and English, is a very important objective of Government. However we must also target a step-change in the learning of foreign languages in Ireland. That is why I believe we should benchmark ourselves against the best English-speaking country in the world at learning foreign languages and seek to emulate that performance within a decade, and also top ten position overall within Europe in this area. In the context of Brexit and a changing world this must be a major priority.
Teaching of Irish means that, unlike many other countries, children become familiar with bilingualism from age 4 and start to learn second language skills early. We now have strong communities of new Irish people bringing language skills from hundreds of countries around the world. And as a people we have a natural curiosity in other cultures and societies.”