Farmers Assets targetted to Save on Cost of Education Grants 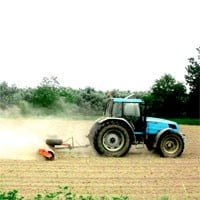 In 2011 there was an indication that farmers could lose their means assessed entitlement to education grants in the much feared and severe austerity budget. That indication could shortly become a stressful reality for the country’s farmers, who are abhorred by the idea of having to sell land to pay for their children’s. Others argue that the farmers’ fears are fears that most PAYE workers escape; with no land to sell, many in this category struggle to cope with the cost of third level education – especially the ones who marginally fail to meet the income criteria. Many do perceive that for years struggling PAYE workers are refused the grant, while the children of many asset-rich farmers get the full allowance. It is a contentious argument that divides politicians, parties, farming and non-farming families, and with the recent government announcements; this argument will only continue to escalate.

The Education Minister, Ruairi Quinn seems to be planning an imminent change to the means test for the third level grant – which means that farmland and business assets could soon be included for the first time as part of income. Farmers suspect that these measures might mean that all farming families will become ineligible for third level maintenance grants – even those farmers who are in receipt of social welfare to supplement their farm incomes; especially if assets and income are taken into account and not just actual income alone.

Currently, a student’s qualification for a student grant is based on their own income or the income of their parents (if they are under 23). But this new eligibility criteria could mean that in addition to their income, farmers will have the value of their capital – farm buildings, machinery and land included as part of their means. This would push most farming families over the income threshold and would rule out all farmers’ children from being eligible for third level grants.

Minister Quinn believes that there is unfairness in the current grants system, claiming it favours farmers and the self-employed. His argument is based on the current means test, which assesses the income of a student’s parents in the previous tax year. There has always been a widely-held view that children of farmers and the self-employed enjoyed a disproportionate percentage of college grants compared to PAYE workers. The possible and often realised reality is that farmers and the self-employed can be creative with their accounts to escape being refused the grant in a way that PAYE workers cannot. This can be achieved by increasing spending, such as on farm machinery, in the year before applying for a grant, in order to reduce their income and meet the qualifying criteria.

The Minister for Education is meeting considerable political opposition to his proposed means assessment changes. The Agricultural Minister, Simon Coveney, in sharp contrast to Mr.Quinn, has come out in defence of farmers and is adamant that assets remain separate to actual income. He argued that in Ireland, the revenue commissioners and the Department of Social Protection – use a person’s income rather than assets for means testing. He also has outlined that contrary to what the Minister of Education believes; only 6% of people who get grants at third level actually come from farm families, which is in contrast to Ruairi Quinn’s arguments of farmers getting preferential treatment when it comes to educational grants.

Maintenance grants are worth, on average, about €3,000 per college year which works out at around €90 per week – to students whose parents’ income is below a certain threshold. Now with the minister planning on taking farm assets into account in the means test, farmers will almost certainly be above this threshold.

Those close to the Minister say that his primary motivation for broadening the means test was to find a fairer way of ‘accurately targeting increasingly scarce resources to those who need them most’. With the draft report on grant assessment submitted to cabinet members; the results of their assessment will be made known by mid-September.

Therefore, only time will tell, whether or not farmers’ assets will be included as part of the grants means assessment. If Mr. Quinn’s educational grant amendments do go ahead; he faces a severe backlash from rural Ireland – a formidable lobby group.