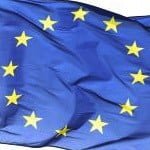 Education is highlighted in Ireland’s priorities in its term of the EU Presidency. The Presidency will carry the theme of ensuring sustainable growth and jobs. Education and training is a pivotal element in this aspiration. Ruairí Quinn T.D The Minister for Education and Skills laid out Ireland’s priorities for education during the EU Presidential term at the start of this New Year.

The Presidency of the Council of the EU, will be held by Ireland until June 30th 2013 and Minister Quinn described the Presidential theme as one of assurance to sustain jobs and growth using education and training as key elements to tackle Ireland’s unemployment crisis.

The improvement of skills, access to the right education and training particularly for young people will play a major role in encouraging investment into the EU. This opportunity with Ireland at the helm of the EU will clearly help avoid the long-term negative effects of a lost generation with the social and personal consequences across Europe.

Various legislative priorities for education have been identified for attention during the course of the Presidency. These priorities are:

Regulation to establish “Erasmus for All”

Erasmus for All will replace seven existing programmes with one. To increase efficiency, all of the current EU and international schemes for sport, youth, training and education will be brought together to improve efficiency by making it easier to apply for grants, streamlining the process to avoid duplication and fragmented administration. The scheme is due to start in 2014.

The Directive defines the procedures and related matters be adhered to by regulatory bodies and other competent authorities when recognising qualifications of professionals who have migrated from other EU Member States. The proposal’s objective is to make is a more simple process for skilled and qualified professionals to work in other EU Member States. Better provision of information and simplification of procedures will reinforce protection for consumers. This will be particularly relevant to patients in respect of the language skills of health service professionals.

Ireland is funded by €375m for the period 2007-2013. These funds, invested in projects and programmes activate the unemployed, and address social inclusion and equality matters. Youth is particularly emphasised. The European Globalisation Adjustment Fund (the EGF) was set up in December 2006 for the purpose of supporting workers who are made redundant resulting from changes global trade patterns. The fund is used to support and assist redundant workers back to employment. The next round of funding and operating negotiations is anticipated to fall within Ireland’s EU Presidency.

Decision on Strategic Innovation Agenda of the European Institute of Innovation and Technology (EIT) & Regulation amending 2008 Regulation, which established the EIT

The European Institute of Innovation and Technology (EIT) was established to tackle Europe’s innovation gap and is the flagship education institute of the EU. Its purpose is to assist research, innovation, and growth in the EU. The legislative proposals for the EIT (2014 – 2020) were published in November 2011. The task of final negotiations on these two legislative proposals will fall to the Irish EU Presidency.

The Irish Presidency will address further priorities in training and education areas:

A further Presidency conference will be held themed on better evaluation and assessment for better school and learning systems.

The Irish system will be addressed to fall into line with EU2020 agenda, which sets out steps to modernise higher education and achieve a target that 40% of 30-34 year olds should have tertiary or equivalent education completed by 2020. Focus will be on the social, there will be a focus on the social element of higher education. Non-traditional and students from disadvantaged backgrounds and non-traditional students will have improved access to higher education using new effective strategies. These strategies will form a key role in Member States striving to achieve the 2020 target

The theme of quality assurance in qualification frameworks will be the subject of a Presidency conference. Focus will be concentrated on how the employment sector is engaged in quality outcomes for learning and quality assurance relative to labour market needs.

With previous Presidencies, Ireland has worked to drive the legislative process of the EU further and this will continue during the tenure ensuring Ireland’s continuation as a fair and impartial holder of the office of EU President.