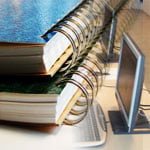 With graduating students now facing a very uncertain world and one with the toughest employment prospects in Ireland since the 1980s, they are being asked to think outside the box. Whether it seems realistic or not, it is being advised that undergraduates should plan for their careers long before they leave college and, similar to America, they may be judged on what they do outside the lecture hall as much as what they achieve academically. Tony Donohoe, who is the education director with the employers’ group IBEC, has said: “It is taken as a given that a graduate will have a good degree. So, the employer has to look at other aspects including relevant work experience, voluntary work and activities in college clubs and societies.”

For those sitting the leaving cert, points are at the forefront of students minds right now and the good news is that these have not changed drastically from last year. Many will be pleased to see that some courses have notable decreases. Electronic engineering in NUI Maynooth is down a considerable amount of points; 360 to 320. Engineering at Cork IT down 35 points 345 to 310. Maths at TCD has dropped 20 points to 545. Science is down 10 points to 500. In UCD; both actuarial studies and nursing are down – 5 points each. Best of luck to all.

The Minister for Education and Skills, Ruairí Quinn T.D., has announced a major re-organisation of the country’s higher education sector that includes provision for the creation of new Technological Universities.The announcement follows recommendations solicited by the Higher Education Authority (HEA) to Minister Quinn some time ago. In the HEA’s report, there was a call for consolidation of the Institute of Technology (IT) sector; the set up of a small number of technological universities; the formation of regional clusters between these universities and stronger ITs; implementation of recommendations to rationalise teacher education; as well as the increased sustainability and capacity in the higher education system.

Survey news. The Brightwater Salary Survey for 2013 has positive news for those in the accountancy profession, with a reported and continual rise in salaries across the board and an improvement in business confidence. The report also found that 60% of new positions in the financial services sector are newly created roles with organisations more confident in their hiring. The survey goes on to highlight an increase in the need for not only junior accounting staff but also part qualified accountants and a high demand for temporary and contract accountancy professionals. For anyone working in industry, specific experience can lead to a higher salary, particularly for those with a background in FMCG, manufacturing, gaming and/or pharmaceutical sectors. The report found that a continued requirement for candidates with strong IFRS, US GAAP, systems implementation and change management experience.

Google and Trinity College to Team Up in Computer Training. It’s been ten years since Google established its European headquarters in Dublin, and to celebrate the landmark, the computing behemoth will be teaming up with Trinity College to provide computer training for a thousand secondary school teachers. The training scheme will also include the provision of 1,000 Raspberry Pis, enabling users in schools to work on coding skills and help to fill Ireland’s much-touted IT/ programming skills gap. Fast Track to IT estimate that there are already 4,500 job vacancies available in ICT in Ireland, making the sector one of the most attractive for job seekers. A final aspect to the project will see a national coding competition launched alongside the skills and equipment provision.

UCD Summer Schools Get Underway. UCD will be hosting a series of summer schools for 5th year students starting on the 3rd of June, enabling students to get an idea of the courses they might be contemplating, and a taste of what a longer course might involve. The largely on-campus courses deal in a huge range of subjects offered at UCD, and also feature more general activities such as September’s ‘Higher Options Conference’. The bulk of departments will host their summer school events in the coming week. Advanced booking is required.