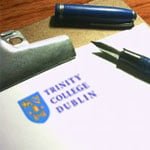 Whoever would have thought that there would be any similarity between students of drama and computer science? Most of us would think that the two groups are poles apart; with the drama students typically being arty and creative and the computer students scientific and practical. Well it’s this creativity and practicality that has linked them as being the best performing groups when it comes to life skills and problem solving.

Trinity College Dublin recently carried out research to examine how different sets of students coped with cognitive problems. They had a wide range of students taking part from fields such as sciences, engineering and sociology, as well as drama and computer studies. They gave each of the groups tasks to solve and recorded the ways in which the students dealt with them. They were particularly looking for evidence of creative thinking in the problem solving and gave the students problems such as working out how to fix a candle to a wall, using only a box of thumbtacks and matches. (Try work that one out! The candle wax isn’t allowed to drip once it’s fixed to wall and lit.)

Both the drama and the computer science students came out on top in terms of their ability to think outside of the box when solving the problems, even though their methods were very different. The drama students were able to put themselves into the situation and see things from another perspective; for example, another of the tasks required them to determine a solution to a radiation problem for which they took on the role of the doctor.

At the same time, the computer science students were equally as effective in solving the tasks by approaching the problems in an entirely different way. According to Dr. Mc Tiernan, leader of the study and who gave the preliminary results of the research to the Irish Independent last week, these students used a rule based approach when working on the tasks and went with the idea that the rules were made to be broken. They used their logistical and practical skills to think alternatively about the problems and, in turn, were just as successful in their results.

Cognitive skills, such as the ones displayed by these two sets of students, are a vital for both the workplace and life. The term ‘thinking outside the box’ refers to the ability to see things from a different perspective and the ability to be creative when faced with a problem or situation. It means not having ‘tunnel vision’ and being open to suggestions and different ways of doing things.

In life, we can all to easily get stuck in the same patterns of thinking and behaving and may find that we are missing out on so much more of what life has to offer. It’s this ability to step out of the ‘box’ that leads to all sorts of possibilities in life. It means sticking with a problem longer and looking at it from various perspectives, like the drama students, instead of dismissing it when our straightforward thinking mind can’t find a solution.

Of course, these cognitive skills that allow us to think more openly and work at a problem longer are ideal for the workplace and what any employer would want to see in an employee. Successful people will always want to get a job done, will want to find a solution and work out ways of dealing with a problem. They will be the people who will have ideas and are not afraid to work at a dilemma and see it from all points of view. As well as having the obvious educational requirements for a job, being equipped with the ability to problem solve and be creative is a huge advantage in any line of work.

So, back to that candle problem, have you solved it yet? Well here’s the solution; empty the box of thumbtacks and nail it to the wall with the thumbtacks. Then pop your candle into the box and light it. Hey presto, your candle is lit and not dripping! Go try it out on your friends and see how they get on solving it and if they are successful you can tell them that they might be suited to a course in drama or computers.