NEET Levels on the Rise 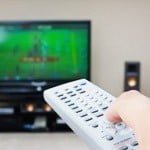 A recent report by the OECD, the Organisation for Economic Co-operation and Development, showed that there has been an alarming rise in youth unemployment in Ireland. According to this report, 15-29 year olds in Ireland spend less time in education (6.3 years) than their peers in other countries such as Denmark (8.9), Finland (8.4) and Germany (7.7).

The report states that, on average, young people in Ireland will spend more than 3 years unemployed, meaning that a large proportion of young people are at risk of finding themselves neither in employment, education or training (NEET); hampering their future chances of being in the workforce. Up until 2007 NEET levels were stable in Ireland at around 10%, however, when the financial crisis hit in 2008, NEET rates doubled to reach 22% in 2011. The proportion of NEETs is highest in young people in their twenties; with more than a quarter (28.1%) of 25-29 year olds in this position.

The report findings showed that in Ireland, 8.6% of 15-29 year olds who are not in education have been unemployed for more than 6 months, which is almost double the average of most other OECD countries. There is also a gradual departure from schooling after compulsory education is finished; at 17 the rate of enrolment is 97% but at 20 the rate drops to 58%.

Commenting on the report’s findings, TUI General Secretary John Mac Gabhann said the figures were “alarming and demonstrate the need to prioritise increased investment in education so as to ensure that this does not become a generation of long-term unemployment.” Mr Mac Gabhann also said that, “Consideration should therefore be given to how the Irish education system might best meet the needs of students.” The TUI is calling on the government to prioritise education in order to address this rise in youth unemployment and argues that the cuts in education between 2005 and 2010 have a part to play in this current crisis.

There have been criticisms over the years that FAS has not produced levels of employment expected of it and so SOLAS will certainly be under pressure to improve the current situation. With large numbers of young people unemployed and the number of VECs halved, the ETBs and SOLAS will have a challenging and important role in getting people back into the workforce and, in turn, helping to improve the economic situation in Ireland now and in the future.