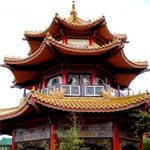 The extraordinary rise of China as a world player is a twenty-first century drama of magnitude. The economic growth of China and its active part on the world stage is transforming Asia and re-aligning business development towards the East. While this may lead to fears over the security of the West, it seems there is no stopping this economic juggernaut.

What does this have to do with education? China’s extraordinary growth means that more western organisations are transferring manufacturing to China as labour costs are cheap and the burgeoning industrial cities offer top quality cheap office space, state of the art communications, internet access and a workforce that is reliable and disciplined. This eclectic mix of traditional culture, totalitarianism, and western style consumerism makes China a fascinating place to do business. The Chinese are also setting up trade missions and permanent showcases in Europe so that investors, buyers, and businesspeople can see what China has to offer without the long haul air travel.

The €175m first phase of what has been nicknamed “Athlone Chinatown” in Westmeath will house the International Trade and Commerce Centre, a European hub for Chinese traders and manufacturers to display their products to international buyers. Some 1500 jobs will be created by the first phase with at least two thirds of the jobs going to Irish and EU citizens with the remainder taken by Chinese specialists and management teams.

Clearly, Ireland’s ties with China will be strengthened by this investment and opportunities for work both in Ireland and in China will be on offer. For the entrepreneur or businessperson, learning a Chinese language and learning about the culture and etiquette will give them a competitive advantage.

Already Ireland is home to three Confucius Institutes whose goal is global teaching about China. A further purpose built institute is underway at UCD. The Belfield campus will be home to an architect designed four storey pagoda style building set in a Chinese garden with a giant statue of Confucius in bronze keeping a watchful eye.

While it is not unusual for countries to promote their culture and language (take the Alliance Francais and British Council for example), what is unusual is China’s insistence that the Chinese version is situated on university campuses. This condition has led to some dissension amongst universities worldwide with some US universities declining the offer of a Confucius Institute and some academics at UCD questioning the existence of a totalitarian government funded entity in the long term. Like many third level institutes, funding is short so the offer of a 5 million euro Chinese investment combined with a 2.5 million euro Irish government contribution is not easily refused.

From 551 to 479 BC the statesman, philosopher, teacher, and great thinker Confucius lived. Dominating Chinese culture for centuries, his philosophies are a doctrine for Chinese life. In the late sixteenth century, his philosophy spread to Europe through various missionaries one of whom gave him the name Confucius. To the Chinese he is “Kong Zi” or “The Master”. Some essential parts of his teachings are:

There are further Confucius Institutes at UCC Cork and the University of Ulster, neither of which have purpose built premises. Promotion of Chinese studies is important given China’s position in the world economy but there is nevertheless political sensitivity when it comes to China’s record on human rights and Tibet. Is there real academic freedom if as has been reported Chinese teachers are groomed to toe the party line?

Whether or not the Confucius Institute is agreeable to everyone, it is very clear that engagement with China is necessary in international business today. Consequently, anyone who wants to gain an advantage on a business, cultural or social level might try learning one of China’s languages. On a basic level, it displays an interest in the country and good manners, at a higher level; it is beneficial in conducting business transactions and being aware of business conversations without the use of an interpreter.

Many esteemed further education colleges offer the opportunity to learn what is rapidly becoming an essential business language. Mandarin and Cantonese are now on the curriculum of many northern European schools and at higher level, but Ireland has been slow to follow although it has been announced that Mandarin will be available at some stage in the Leaving certificate and Chinese studies will be available for Junior certificate from 2014. This year over 3,200 British students sat Chinese A levels and many other countries are replacing Spanish and French with Chinese languages, so Ireland needs to catch up.

Further education colleges offer classroom and distance learning courses in this essential language so for anyone wanting to have an edge in business in the twenty first century, consider enrolling on one of the many top class courses available.