Blog » IT Training » Access the World with Computer Courses 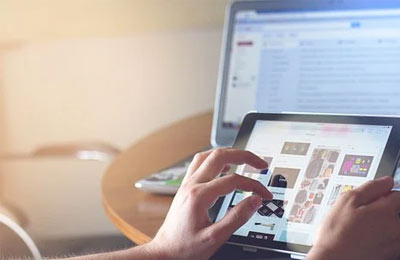 The world seems to revolve around computers these days. Information technology (often abbreviated to IT) governs communication, finance, medical care and many other services. We can access all of the information that we will ever need at the click of a mouse thanks to the Internet and the massive amount of data it now holds. It has become an integral part of modern life and as such everyone should try to have a basic working knowledge of computers and how to use them. Anyone that wants to take that knowledge one step further could forge an excellent career path that may lead to any number of jobs and opportunities.

The majority of computer courses are conducted in computer labs and thus are classroom based, but do comprise of lectures, seminars and interactive lessons that are combined to form the best learning structure for those individuals that learn better practically and those that learn through applying theory. Some offer work placements or the option for a sandwich year spent in industry if they are full time three or four year courses. However, some courses may only last a few weeks if they focus on one basic skill.

If you are already working, a part time or short course will probably suit you better, but a full time course would suit those looking to return to education or continue in education. There is something for everyone though. Take a look at the list of resources below for a good idea of what is out there. IT training is a skill that is required in almost every industry out there these days and is easily transferable from one area of the working world to the next.

Comptia – CompTIA A+ certification is a vendor neutral certification that covers numerous technologies and operating systems from such vendors as Microsoft, Apple Inc., Novell and some of the Linux distributions.The A+ certification exam was developed in 1993. There have been five versions of the A+ exam, the 1993, 2003, 2006, 2009 and 2012 objectives, which are broken down into two separate exams. View Comptia Courses

View the following page to find more IT Training & computer courses on Findacourse.ie