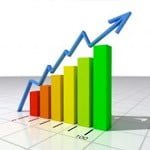 According to a review on the financial health of higher education, universities and colleges need to adopt a more commercial approach if they want to survive.  The study, carried out by Grant Thornton consultants, argues that third level institutions should be asking for donations from past pupils and finding ways to generate income from international students to help guarantee future prosperity.

The review, described as the first independent report of its kind, highlights how colleges in Ireland are relying too heavily on private tuition fees instead of Government support and predicts that this will increasingly be the case in the future. Figures from 21 third level institutions, seven of which were universities and the rest IT’s, show that tuition fees made up for 31% of their income in 2011, with 28% made up of State grants.

The report also showed that the financial surplus of third level institutions fell by 58%, from €100 million to €41.9 million, between 2007 and 2011. It describes this is as a worry for the future when faced with funding problems.