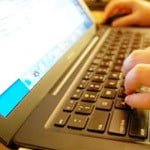 From this autumn, no online courses or modules will be taught by lecturers at Cork Institute of Technology (CIT). CIT wants to expand its offering of online courses but academic staff from the four college campuses recently supported a ballot over concerns regarding quality and training, with a 90% vote in favour of industrial action.

Almost two thirds of the Teacher’s Union Ireland (TUI) members at CIT took part in the ballot, which came after extensive negotiations between college management and staff since last September. Representatives of the TUI say that not enough has been done regarding concerns over inadequate training of staff or to provide the extra time needed for teaching and interacting with students online.

June O’Reilly, TUI Cork branch secretary, said that although the decision could impact on the courses that are already in progress, there is time for a solution to be reached before September. She said that while the TUI support online courses, they cannot be cost neutral or at the expense of quality for the students.

O’Reilly stated that the solution is to deliver the courses in a slower paced way and for the college to invest in resources. She also stated that there should be extra online time for teaching staff throughout the courses and not just at the start for the design and set up of the programmes.

CIT have not commented on the ballot or how it may affect the almost 300 students who are currently enrolled in online-only degree programmes at the college but Paul Gallagher, the CIT vice-president for finance and administration, said that allowances were being made for additional time for first-time delivery of online courses. He also said that while he feels sorry for the staff at a time when student numbers are up and staff numbers are down, the college needs to look towards the future.

For those hoping to begin an online course at the college in September and those currently being taught online, the future hangs in the balance. However, CIT students may not be the only ones affected; with more students than staff in most colleges around the country, coupled with the increased appeal of online courses, similar problems may be on the horizon for other institutes offering online programmes.