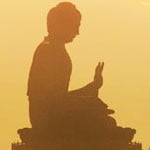 Learning Chinese – the difficulties and the benefits.

At a recent Global Irish Economic Forum, it was asked: should we be embracing the Chinese language?

It was highlighted by a business representative in the forum that Irish people should be learning Chinese to equip us to fully embrace the possibilities for trade with the surging Asian economy.

However, one government official was not sure, he highlighted some concerns, including the fact that it is a very difficult language to learn. ‘It is not as simple as learning a language with Celtic roots’, he said, concluding that while it might be easy enough to grasp a conversational level of spoken Chinese, it would take years to learn Chinese writing. He said that it was up to schools what secondary languages they decide to teach.

Despite these difficulties there is no doubting the importance and relevance of the Chinese language in the world today. It is the official language in the People’s Republic of China, Hong Kong, Taiwan and Singapore amongst others. It is also one of the six official languages of the UN. Modern economies will be looking to supply many services to the Chinese over the next few decades – making it a major language of the future. After-all there are now more Chinese people on-line than Americans! Economic forecasters believe that those countries that embrace this amazing language will have a big economic edge.

How difficult is it?

Yes, it can be difficult for westerners and even Chinese people admit how difficult it can be to learn (and they are proud of this, by the way!) I have heard words like ‘incomprehensible’ and ‘heart-breaking to learn’ used by those who have undertaken classes. They also say, like many others: it really is ‘a beautiful language’.

Let’s break it down:

• The writing system is beautiful to look at and intriguing but completely different to what most of us are used to.

• Within the Chinese writing system there are two sets of characters: the traditional and the simplified characters adapted by those in the People’s Republic of China.

• The writing system is not phonetic. You can’t spell it out phonetically. It must be learnt off. In other words, the sound does not help you write it. The good news is that the Chinese do have a way of writing how a character should be pronounced. This is pin-yin, like a phonetic alphabet.

• You have to ‘learn’ how to learn Chinese!

If you like languages, like a challenge, and seriously want to up-skill your curriculum vitae; you can avail of a number of different courses:

The UCD Confucius Institute for Ireland is a joint venture between the Office of Chinese Language Council International (Hanban), Renmin University of China and UCD. The institute offers a range of evening courses, one-to-one tuition and full time Chinese courses in 2 locations in Dublin. More information can be viewed on their website www.cii.ie.

Sandford Languages Institute run a twelve week Chinese course in the evening. It is for absolute beginners.

In UCC an honours degree in International Commerce with Chinese Studies is an option for third level & mature students. Whilst in DIT, a similar course is called Chinese with International Business. Both these courses recognise that as China emerges as a superpower in the world of International trade, it is increasingly important for Ireland to have home-grown graduates fluent in Chinese and familiar with Chinese culture and business.

You might be thinking that since the Chinese are putting huge emphasis on learning English; we’ll just let them do the talking instead when it comes to business! however, having some knowledge of the language may give an edge and will no doubt impress, also it may make you smarter! Scientists have shown that those who speak Chinese have significant greater density of grey and white matter, including those who even try learn it. So if your brain is up to the challenge..

Chinese and other language courses on Findacourse.ie